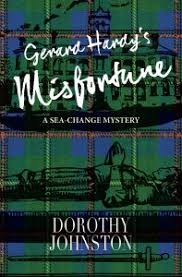 Everyone is invited to join author (and long-time Sisters in Crime member) Dorothy Johnston for the launch of the third in her sea-change mystery series, Gerard Hardy’s Misfortune, to The Bookshop at Queenscliff.

Janey Runci, Vice President of the Henry Handel Richardson Society, will do the honours.

In Gerard Hardy’s Misfortune, local senior constable, Chris Blackie, is the first responder to a bizarre murder in the basement of the historic Royal hotel which once served as both the town morgue and mental asylum. The victim is Gerard Hardy, an academic and devotee of Queenscliff’s most famous literary resident, Henry Handel Richardson. Hardy’s body is clothed in a tartan wool dressing gown and arranged as if lying in state with his hands clasped in prayer position. The body is discovered by the hotel’s receptionist, Sarah Kent… 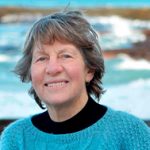 Dorothy Johnston was born in Geelong, Victoria, and lived in Canberra for thirty years before returning to Victoria’s Bellarine Peninsula where this series is set. She is the author of twelve novels, including a quartet of mysteries set in Canberra. The first of these, The Trojan Dog, was joint winner ACT Book of the Year and runner-up in the inaugural Davitt Award. The Age gave it their ‘Best of 2000’ in the crime section. Two of Johnston’s literary novels, One for the Master and Ruth, have been shortlisted for the Miles Franklin award.

When: Saturday 26 October,  from 4 pm
Where: The Bay Room, Uniting Church, 85 Hesse Street Queenscliff
This is a free event but bookings are essential by 21  October: info@thebookshopatqueenscliff.com
Ph: (03) 5258 4496