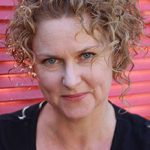 There will be a workshop presented by Emma, talks, book signings, a dinner with Emma and NEWC board members, and panel discussions with Emma Viskic, Maryanne Ross (the winner of the 2016 Thunderbolt Prize for Fiction) and Bronwyn Parry, both also members of Sisters in Crime) .  The 5th Thunderbolt Prize will also be launched during the weekend. An event not to be missed!

Where: Venues around Armidale and Tamworth Library

Cost: To be confirmed.

Note: In honour of the 5th anniversary of the Thunderbolt Prize, this year the New England Illustration Prize, which opened for entries on April 1, will also have a crime theme, where entrants are invited to create an illustration inspired by the legend of Captain Thunderbolt. Read more about that here: http://www.newc.org.au/new-england-illustration-prize-2017.html