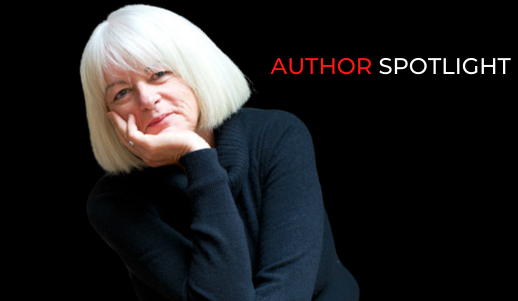 Hello Téa. In your latest novel, The Fossil Hunter, you’ve again given readers a historical mystery with dual timelines and enterprising female leading characters. It’s good to see you writing fossil hunters who happen to be women as opposed to women who are daughters and wives of male palaeontologists. Please introduce us to your first leading woman, Anthea Winstanley, and her protégé Mellie, and women’s place in the world of fossil hunting in 1847.

We first meet Anthea Winstanley as a woman in her late sixties. She grew up in the south of England, in a village on the outskirts of Lyme Regis, and met Mary Anning, Elizabeth Philpot, and her sisters. They became close friends and frequently collected fossils together on the local beaches and studied geology meeting, and, corresponding with leading geologists, William Buckland, Henry De la Beche, William Connybeare, and, fictional geologist, Benjamin Winstanley.

Without any spoilers … Anthea and Benjamin relocate to Australia and settle at Bow Wow, in the Hunter Valley, drawn by the geological wonders of the gorge that runs through the property. They are convinced they will one day find proof the ichthyosaur and plesiosaur swam in the vast inland sea that millions of years ago covered the area.

Sadly, Anthea loses Benjamin to “an agonising case of pneumonia” and “like a weathered fossil her lustre fades” until the arrival of Mellie Vale, a young orphan with an overactive imagination, who rekindles Anthea’s love of life and fossil hunting.

Children missing in the bush: a frequent reality in 19th-century Australia, and a recurrent subject in Australian writing for page and screen. When you give us an image of girls in white dresses on a bush expedition, we’re likely to remember Picnic at Hanging Rock. What can you tell us about this aspect of your mystery?

Picnic at Hanging Rock is one of my long-time favourites; however the original inspiration for The Fossil Hunter was a photograph I found, taken in England in the early twentieth century. The Geologists’ Association was an early supporter of women’s involvement in science and admitted female members from the outset. The picture shows an excursion to Leith Hill in 1912 (and although copyrighted readily available with an internet search). During the writing of the story the original photograph morphed into something slightly different but it remained a significant key to the mystery.

In 1919 Penelope Jane (P.J.) Martindale, your second protagonist, begins visiting the gorge that fascinated Anthea and Mellie. She has a mixture of motives. After a while, PJ meets a dedicated elderly fossil collector, Miss Baldwin. Would it be feasible for PJ to aspire to a career in science and/or museums?

It would be more than feasible! After the Great War, women’s roles changed dramatically both in Australia and overseas. The photograph mentioned above is but one example. Women in Australia were prolific in the botanical sciences in the nineteenth century and 115 took Bachelor of Science degrees before 1920. Although The Council of the University of Sydney declined to appoint Marion Horton as a demonstrator in biology “because she was a woman, and too pretty”! From 1893, Professor Edgeworth David drew large numbers of female students into geology from both arts and science at the University of Sydney. Twenty-three had completed geology majors for the Bachelor of Science degree by 1914. Edgeworth David also employed three women as demonstrators from 1911 to 1918. PJ would have had every opportunity!

In the background to the 1919 cast of characters, there are wars: the African (Boer) Wars and the Great War (World War I). Contact with war can alter attitudes and life trajectories. Did you set out to include this theme?

Rather than setting out to include the theme, it evolved as the characters developed. That tends to happen a lot in my writing. I don’t label myself a pantser, but then I’m not a committed plotter either. I tend to write my way into the characters once I have a topic that I want to explore.

By the end of the 1919 storyline, we have two potential couples, one pair young, one middle-aged. I recalled what you’d had PJ thinking back on page 81: it sounded like a romantic dream. Handsome American whisks colonial doctor’s daughter away from ravaged Europe and together they embark on a trip in search of an undisclosed fossil bed that could hold the answer to the hidden mysteries of life on Earth. Can you say a little about blending romance and wish fulfilment elements with other topics?

I have to admit to a preference for happy endings! I should probably say ‘endings with possibilities’, after all, it makes for a much more rounded character if they have a solid backstory, so why not a future?