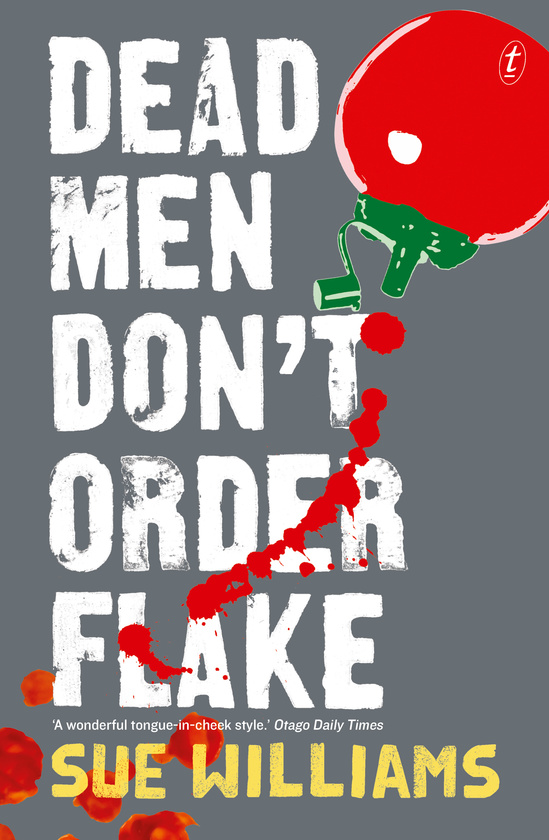 On the night Leo Stone returns—notionally from the dead, in reality from the Democratic Republic of the Congo—Cass Tuplin gets a call from Gary Kellett. A call about an actual dead person: Gary’s daughter, killed in a car crash. Gary’s adamant it wasn’t an accident.

Cass agrees to investigate. After all, not just Rusty Bore’s only purveyor of fine fast food, Cass is also the closest thing to a private detective within a couple of hundred k’s. The local police (Cass’s son Dean) try to warn her off. It’s true Cass’s status as a celebrated yet non-licensed nobody doesn’t entirely suit Dean. But Dean also believes Gary’s a delusional, grieving father. Is that the case? Or did a young journalist die after asking too many questions?

Cass intends to find out. As soon as she’s dealt with some queries raised by the reappearance of Leo Stone

I enjoyed this canter through the backblocks of the Mallee farming region somewhere in northwestern Victoria and its somewhat fictional rundown towns, Rusty Bore, Muddy Soak, and Hustle. Tongue in cheek humour, indeed. I was intrigued by the thanks to a publishing guru ‘whos worryingly familiar with the area between Teddywaddy West and Chingapook’ (p.280). It made me wonder what Teddywaddy East might look like.

The lead , an unlicensed private investigator and short-order cook and owner of Rusty Bore’s only takeaway, Cass Tuplin is likeable, believable and in a good position to get information from its one hundred and forty seven inhabitants. First, she is stunned by the appearance of an old flame whom she has believed for many a year to be dead who strolls in and, you’ve guessed it, orders fried flake. Many a pitfall follows on from this for our heroine.

Then there is a grieving father, half-mad with worry and written off by the general public and constabulary, who believes his daughter’s death in a motor accident was no accident. That the daughter, Natalie, was a feisty and nosy journalist is enough to arouse our suspicions and, eventually, Cass’s as she drives maniacally between the little regional towns to ferret out information.

The assembled cast of extras are drawn well and convincingly and the events along the way are told with great good humour and sometimes wit. The plot holds well, the love interest has sufficient poignancy and tension to hold our attention, and the names and descriptions of locales and businesses are fun. In short, a relaxing, non-confronting, attention-holding comforting ‘good read’.