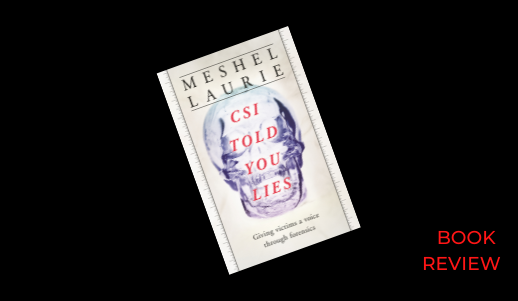 CSI Told You Lies is a gripping account of the work of the forensic scientists on the frontline of Australia’s major crime and disaster investigations. They are part of the team at the Victorian Institute of Forensic Medicine (VIFM), a state-of-the-art facility in Melbourne. VIFM is a world-renowned centre of forensic science, and its team members have led major recovery operations over the years, from the 2004 Boxing Day tsunami to the 2009 Black Saturday bushfires to the shooting down of flight MH17 over Ukraine in 2014. VIFM forensics experts have also played pivotal roles in some of Australia’s highest-profile homicide cases, including the Frankston Serial Killer, the murders of Eurydice Dixon and Aya Maasarwe, and the arrest of convicted serial killer Peter Dupas.

Join Meshel Laurie as she goes ‘behind the curtain’ at VIFM, interviewing the Institute’s talented roster of forensic experts about their daily work. Her subjects also include others touched by Australia’s major crime and disaster investigations, including homicide detectives, defence barristers and families of victims as they confront their darkest moments.

After reading CSI Told You Lies you’ll never read another homicide headline without wondering about the forensic pathologist who happened to be on call, the evidence they found and the truth they uncovered.

Meshel Laurie is well known to Australians as a comedian.  In recent years she has turned her personal interest in true crime into a highly regarded podcast.  Now she gives us a book on the workings of the Victorian Institute of Forensic Medicine (VIFM).

The title reflects the fact that television shows like CSI have distorted what we think we know about the forensic sciences.  At best, tests that can take days to complete are shown taking minutes, and at worst, the science does not actually exist.  This book sets out to show the reader exactly what forensic science does do, as well as giving an overview of how the VIFM itself works.

Meshel interviewed the doctors of VFIM on their work, not just their work on murder victims, but also the procedures for identification in the wake of disasters.  The VIFM worked the 2004 Boxing Day tsunami, the 2009 Black Saturday bushfires, and the 2014 downing of Malaysian airlines flight MH17.  We learn a great deal about their work on disaster identification.

But disaster identification isn’t the main thrust of their work.  The men and women of the VIFM have been at the forefront of Victoria’s murder cases since the very early days.  We learn about their work on high profile cases, from the 1990s right up to the murders of Eurydice Dixon and Aya Maasarwe in 2018.

As well as the VIFM staff, Meshel also spoke with former homicide squad detectives including Charlie Bezzina and Ron Iddles, as well as family members and friends of victims.  This resulted in a much more comprehensive view of the crimes committed, as well as a better understanding of the workings of Victoria’s criminal justice system.

The book is meticulously researched.  Meshel’s style is warm and friendly.  There is none of the clinical detachment that so often categorises true crime books.  This book is enthralling, deeply fascinating, and above all, compassionate.  The compassion for the victims is clear, not just from Meshel, but from every member of the VIFM that she interviewed.