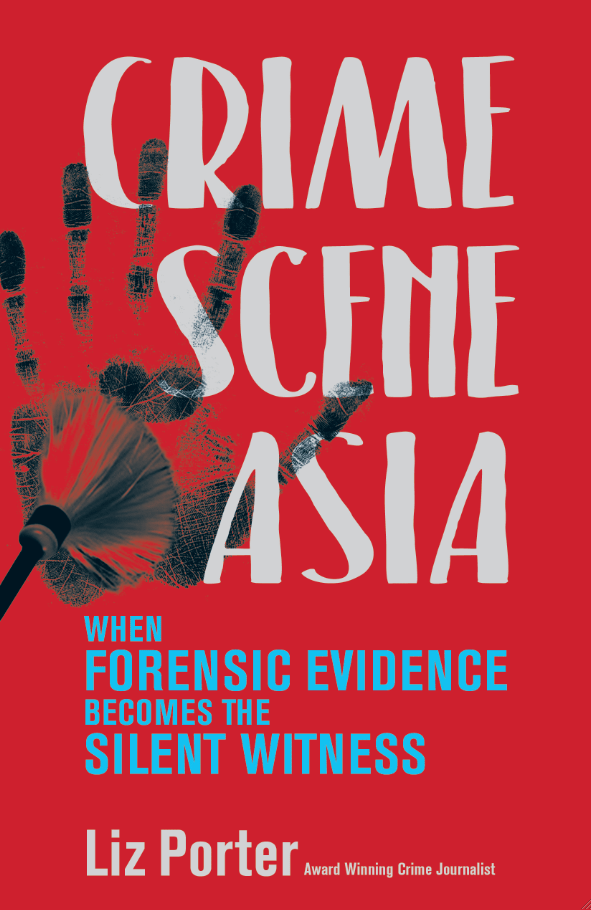 The body of a woman is found in a Singapore nature park. Nobody has reported her missing and no one knows who she is. The only clue to her identity is a series of tiny numbers etched into her dental implants.

In Kuala Lumpur, Malaysia, a married man is arrested for the murder of his mistress. The police are adamant that he is her killer. However, forensic evidence tells a different story altogether.

The Bali bombing investigation was essentially a giant murder case: one with 202 victims and three crime scenes. But outstanding investigative work by forensic scientists helped to identify the bombers and bring them to trial.

This is Liz Porter’s third book examining the role of forensic evidence in the investigation and prosecution of real-life crime. It illuminates the meticulous processes involved in the collection, testing and analysis of evidence of crime and it’s a fascinating book, even to readers like me who come to the subject knowing little beyond TV’s CSI franchises. Porter explores the fraught interplay between forensic science and the legal process across several Asian jurisdictions; many of the cases highlight how vulnerable some evidence is to misinterpretation by investigators, lawyers and judges. In countries with the death sentence, the stakes could not be higher.

I found Porter’s account of the investigations following the 2002 Bali bombings particularly fascinating. She describes police and forensic investigators scrambling to co-ordinate their efforts in the chaotic days after the attacks and how important this work was. But there are plenty of other cases that readers will find absorbing. Most are fairly gut-wrenching. Fortunately, Porter’s writing avoids the kind of sensationalist sleaze that exemplifies the worst of the true crime genre. Similarly, she manages to discuss investigative incompetence and the miscarriage of justice in a calm and sensible manner.

I particularly enjoyed the Asian settings. In her Author’s Note, Porter explains that a lack of Asian true crime was one of the reasons she wrote the book. From the bustle of Singapore’s wholesale markets where an eight-year-old girl goes missing, to the high rolling antics of a Hong Kong gangster nicknamed Big Spender, Porter’s use of local colour is a treat. Sensory detail, such as the smell of a decomposing body ‘strong enough to banish the usual ferny freshness of morning’, might be at odds with the cool and clinical world of forensic science, but it makes for a wonderful read. Two of the book’s Singaporean cases involve ‘study mamas’, a local term given to foreign parents (normally from mainland China) who bring their children to the city-state to attend school. Porter describes lonely lives on the margins for many of these women. In one passage, the ten-year-old son of a slain study mama is left to choose her coffin as well as her final outfit— a pink tank top, cardigan, lace-trimmed shorts and pink high heels—clothes she’d once set aside for a ‘special occasion’. These details don’t relate strictly to forensics, but they lend the book a quiet emotional impact that works well.

Ultimately, justice benefits from forensic science and from the work of impartial and well-trained forensic investigators. Similarly, lawyers and judges prepared to challenge expert witnesses and test forensic evidence also have an important role. Forensic evidence remains a vital part of the complex machinery of justice and Liz Porter writes about it with authority and panache.