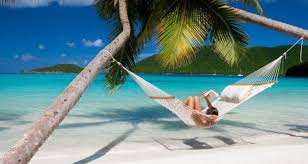 Sisters in Crime asked its author members and convenors what they would recommend for holiday reads and this is what they said:

Louise Luna, Two Girls Down (Text publishing, 2019): I was lucky enough to get an advance copy— dynamite kick-butt heroine and a believable softer make side kick. Keeps the pages turning and you won’t want to put it down.

Toni Jordan, The Fragments (Text publishing, 2018): A literary historical thriller — a well-written who did what with a nicetwist at the end.

Aoife Clifford, Second Sight (Simon &Schuster,  2018): Set in the aftermath of bushfire, Second Sight examinesthe fallout from decisions made in the past, small town secrets, corporate cover-up, trauma and regret — best of all it made me cry (the surest sign of agood read!).

Janice Simpson, A Body of Work (Hybrid Publishers, 2018): The first in the Micelli and O’Leary thriller series: A famous author is murdered after afestival in this well-crafted, gritty crime story brimming with flawed characters, a strong Melbourne flavour, secrets, twists and turns.

Helen Callaghan, Dear Amy (Harper Collins, 2017): There are plenty of very clever plot twists and turns in Dear Amy  –  it’s one of those books where I can’t tell you too much because it might givesomething away! But it was one my top page-turners for this year.

Elly Griffiths, The Janus Stone (Quercus, 2016): This is one title in a British series I chanced upon while in the UK. Maincharacter Dr Ruth Galloway is a forensic archaeologist  –  she’s an intelligent, engaging and yet fallible. Along with the cases she consults on (and gets involved with) comes great description and setting around Norfolk and the saltmarshes. I’m gradually working my way through all of them!

Patricia Highsmith, The Talented Mr Ripley (Vintage, 1999): Originally published in 1955, this is an unsettling and transgressive psychological thriller about Tom Ripley, sociopath, grifter and shapeshifter, who manipulates and murders his way to living the good life.

Chloe Hooper, The Arsonist (Hamish Hamilton, 2018): Poetic, tough and revealing, The Arsonist is a detective story, a meditation on fire and a portrait of a community devastated by the Black Saturday bushfires.

Sarah Epstein, Small Spaces (Walker Books, 2018): What if your imaginary friend lured another girl away from a carnival? This creepy, gripping and beautifully crafted YA thriller was my favourite read of 2018.

RobinStevens, A Spoonful of Murder (Puffin, 2018): The sixth book in Robin Stevens’ Murder Most Unladylike series takes us to the humidity of Hong Kong and the claustrophobia of Hazel’s compound home. Another spiffing book for the young and young-at-heart.

Gillian Flynn, Sharp Objects (Orion Publishing Group, 2018): A poisonous midwestern gothicthriller filled with flawed characters and plot twists. It’s been made into a television series but I’m sure you’ll all agree that books are almost always better!!

Jaye Ford, Darkest Place (Random House Australia, 2016): The only thing I love more than discovering another great Australian author is finding another great book that keeps you hooked. Knowing from the start that Carly is escaping tragedy makes her a sympathetic and interesting figure, and that’s only the start of her complexity.

Robert Gailbraith [aka J K Rowling], The Cuckoo’s Calling (Little Brown Books, 2013): We all know that J K Rowling can write, and wait until you meet her protagonist, Cormoran Strike – a fantastic, dysfunctional, whip-smart, sleuth and with an interesting pedigree that belies his standard of living. Even better it is a series!

Candice Fox, Gone by Midnight (Penguin RandomHouse, 2019): The third instalment in the adventures of Amanda Pharrell and Ted Conkaffey is due to be released in January and I can’t wait!

Jane Harper, The Lost Man (Pan Macmillan, 2018): This is a terrific slow burn of a book, set in the vastness of outback Queensland and centring on the inner lives of a family who has lost a son in unusual circumstances.

Emma Viskic, And the Fire Came Down (Echo Publishing, 2017): Focusing more on the relationship between Caleb and his brother Anton, this book made me admire Emma’s writing –  and want to give both the Zelic brothers a massive hug/knock their heads together.

Rachael Brown, Trace. Who killed Maria James? (Scribe Publications, 2018): The book that tells the story behind the incredible Trace podcast, resulting in the Victorian Coroner’s Court opening a fresh inquest into the 1980 murder of Maria James. A true testament to the power of ethical investigative journalism in Australia.

Vikki Petraitis & Paul Daley, The Phillip Island Murder (ClanDestine Press, 2018 – republished): Despite the case being closed by the Victorian Coroner’s Court, intrigue and rumours still abound. So much so, that Vikki & Paul’s book was republished this year in response to renewed interest in this 32 year-old murder mystery.

Sara Paretsky, Shell Game (HarperCollins, 2018): Back in the 1980s, I remember being driven mad looking for a book about a female detective and Sara Paretsky’s wonderful V I Warshawski series appeared
–  it’s still going today and a true classic.

Kerry Greenwood, The Spotted Dog (Allen & Unwin, 2018): The latest in the Corinna Chapman series, she brings compassion and wisdom to the mean streets of Melbourne.

Toni Jordan, The Fragments (Text Publishing, 2018): Toni Jordan’s first foray into crime fiction. This literary thriller is set between the USA in 1938 and Brisbane in the 1980s and is pure reading pleasure, the kind of book I didn’t want to end and whose characters continue to stay with me.

Sue Williams, Live and Let Fry (TextPublishing, 2018): For a fun holiday read, drop by Rusty Bore to catch up with Cass Tuplin, unlicensed private investigator and purveyor of the town’s finest takeaway.

Sulari Gentill, Crossing the Lines (PanteraPress 2017): A book of wonder that will have you wondering where on earth you are but you’re never jolted or tangled in the tangled narrative of this wonderful book.

Dervla McTiernan, The Ruin (PenguinRandom House 2018): The book took me back to Ireland where it is set and reminded me of landscape and weather, memory and how the past creeps up even if you don’t want it to. A great book for the summer hammock.

Kerry McGinnis, Out of Alice (Penguin Random House, 2017): One of my best discoveries of the year. Kerry McGinnis’s lifetime of a working and living outback gives her rural mysteries an authenticity lacking in so many in the genre – and she writes beautifully.

Jennifer Lane, All Our Secrets (Clan Destine Press, 2018): Winner of the 2018 Ngaio Marsh Award for Best First Novel in New Zealand, this compelling novel is set in small-town Australia and it entertains from the first page to the last.

A J Waines, Perfect Bones (Bloodhound Books, 2018): A memorable read with a ring of truth stemming from the author’s experience as a psychotherapist working with ex-offenders from high-security nstitutions – this psychological thriller by the UK author is part of a series but succeeds as a standalone.

Nikki Crutchley, No One Can Hear You (Oak House Press, 2018): This New Zealand novel heads my holiday reading and features small towns, secrets and the search for truth around several missing women juxtaposed with Auckland’s hidden world of drugs, abduction and murder.

Caroline Overington, The Ones You Trust  (HarperCollins, 2018): A great exposé of the impact of our relationships with those we are close to and the potential to impact upon each other’s lives from the perspective of a mother whose daughter is missing, feared kidnapped.

B A Paris, Behind Closed Doors (HarperCollins, 2016): A gripping read that is part of the new wave domestic crime that focuses on the interaction between a husband and wife and the events leading up to and after a crime occurs.

Toni Jordan, The Fragments (Text, 2018): Inga Karlson died in a fire in 1930s New York, leaving behind a hugely successfulfirst novel, the scorched fragments of a second book – and a literary mystery.I’m hooked already.

Liane Moriarty, Nine Perfect Strangers (Pan macmillan, 2018):  Nine people sign up for a wellness retreat in rural New South Wales – what could possibly go wrong? I suspect PLENTY, in the hands of the irresistible Liane Moriarty.

Liane Moriarty, Nine Perfect Strangers (Pan MacMillan, 2018): Ninepeople sign up for a wellness retreat in rural New South Wales – what couldpossibly go wrong? I suspect PLENTY, in the hands of the irresistible LianeMoriarty.