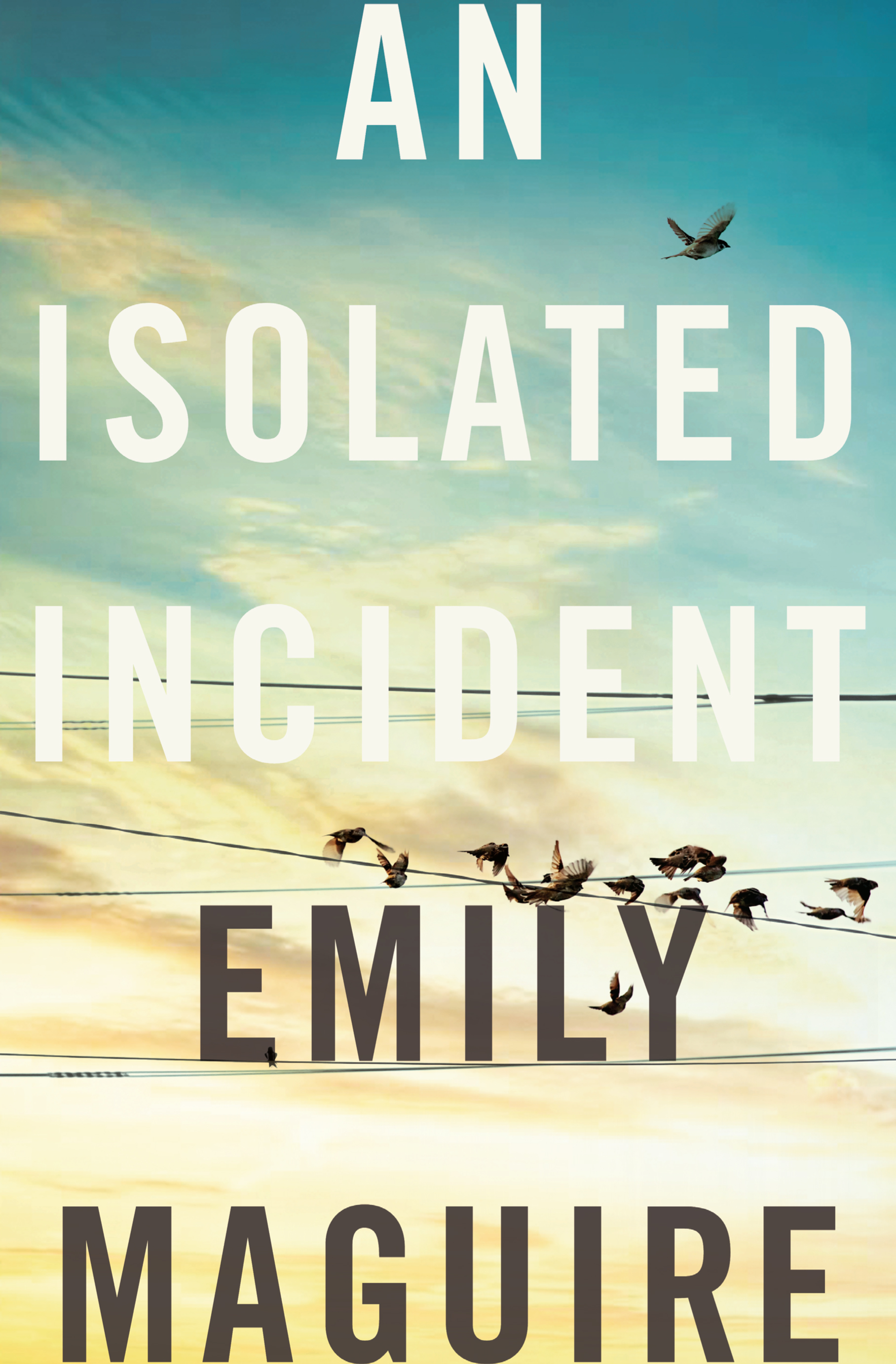 When 25-year-old Bella Michaels is brutally murdered in the small town of Strathdee, the community is stunned and a media storm descends.

Unwillingly thrust into the eye of that storm is Bella’s beloved older sister, Chris, a barmaid at the local pub, whose apparent easy going nature conceals hard-won wisdom and the kind of street-smarts only experience can bring.

As Chris is plunged into despair and searches for answers, reasons, explanation – anything – that could make even the smallest sense of Bella’s death, her ex-husband, friends and neighbours do their best to support her. But as the days tick by with no arrest, Chris’s suspicion of those around her grows.

An Isolated Incident will stimulate some animated discussions. Emily Maguire poses searching questions. Why do we so readily consume salacious and misleading accounts of crimes against women? Why don’t we comprehend the connections between crimes against women? And, most importantly, why do these crimes occur in the first place? Additionally, Maguire challenges readers by refusing to endorse the conventions of the crime fiction and non-fiction genres. And she works hard to engage readers’ emotions and minds. The novel, her fifth, has the power to draw tears from those who have lost loved ones to violence or have struggled through domestic strife.

Sadly, the crime precipitating this story is not unique, and it takes place in an unexceptional Australian town. An attractive and well-liked young woman called Bella is abducted and violently sexually assaulted. She dies from blood loss. Her body is found several days later on rough ground outside the town.

Maguire’s first move as an anti-crime-cliché novelist is to refuse to give us any narrative from the point of view of the terrified victim before she dies. Nor does Maguire let us be present at the body find scene. And she withholds details of the body’s appearance and forensic examination. Yet her starting point is a common one: a policeman comes to a door to deliver news of a body discovery.

In a conventional novel or TV series the storyline could then follow the investigation from the police point of view, contriving implausible parallels between the investigators’ private lives and the crime scenario. Maguire elects to tell most of the murder’s aftermath from the view-point of the closest bereaved relative, Bella’s half-sister Chris. At the same time she defies generic tendencies to head in the direction of the soppy or twee.

To get the most out of this long novel you’ll first need to accustom yourself to Chris’ use of language. Initially I was resistant to this flat, colloquial Aussie voice: ‘Soon as she was out of sight Nate shoved a piece of cake in his gob. He chewed, swallowed. “It’s good,” he said, but didn’t try to make me have some, which I appreciated.’ However, as I came to like the humanity and dry humour that Maguire imbues Chris with, I was willing to stay with Chris’ account.

The sections of the novel not narrated in the first-person by Chris are told in the third person and focus on a news reporter from the city, May. To me this character felt invented for the purpose of providing a foil to Chris. The workaday language in which May’s thoughts and observations are conveyed is little different from that used by Chris. ‘She called Chas, told him she’d be in all the day. He came in his lunch break, high-vis shirt and thick navy work pants covered in concrete dust. He only had half an hour and was starving, he said.’ The two women’s pre-existing similarities lend plausibility to Maguire’s structural and didactic decision to bring them increasingly close to each other. I was interested to watch the younger woman, May, mature as a writer and a person as she absorbed the realities of another person’s suffering. I found it harder to believe that Chris was on a journey of revelation and disillusionment since she had begun her account as a person who already knew quite a lot about the world.  Local characters take minor roles in the storyline, with rural Australian under-statement, kindly tact and awkwardness credibly echoed.

There can be no doubt that the novel’s title is ironic. The novel both illustrates and asserts that no attack on a woman should be viewed as a standalone event. Illustrations include the following: the second killing of a woman (this one named Tegan) in the same town, an assault on another woman, some vicious animal killings, and the arrest of a man suspected of previous crimes against women.

On the didactic level the novel overtly argues the point that physically violent crimes against women may be seen as connected. Whether other crimes against women – e.g. financial exploitation, psychological cruelty – should equally be seen as connected is beyond Maguire’s scope here – but not far beyond it. E. M. Forster’s dictum ‘Only connect’ could be the novel’s epigraph. Becoming openly self-reflexive, Maguire critiques May’s book-writing enterprise. Chris serves as May’s ethical guide as she remarks that although May’s book can finish with the killer being jailed and ‘everyone can feel like the world has been set to rights’, the ending of one man’s freedom to hurt women doesn’t fix Bella’s death and cannot fix the not-okay world that Bella died in. May, pursuing her research, notes long lists of past Australian rapes and killings. She reflects that officially most of these are unrelated: ‘what happened to Bella had nothing to do with Tegan Miller and none of it had to do with the rich Sydney housewife left out to rot in the street which had nothing to do with the Nigerian girls stolen as sex slaves or the Indian woman eviscerated on a bus or the man grabbing women off the streets of Brunswick. None of it connected, she knew, and yet, and yet, it felt like it [did] … there was a thread connecting it all, and if she could find it she could follow it back, see where it began.’ But May’s mind ‘skitter[s] away from her’ when she ‘trie[s] to connect the horrors’.  Maguire’s message is strongly felt and effectively put.