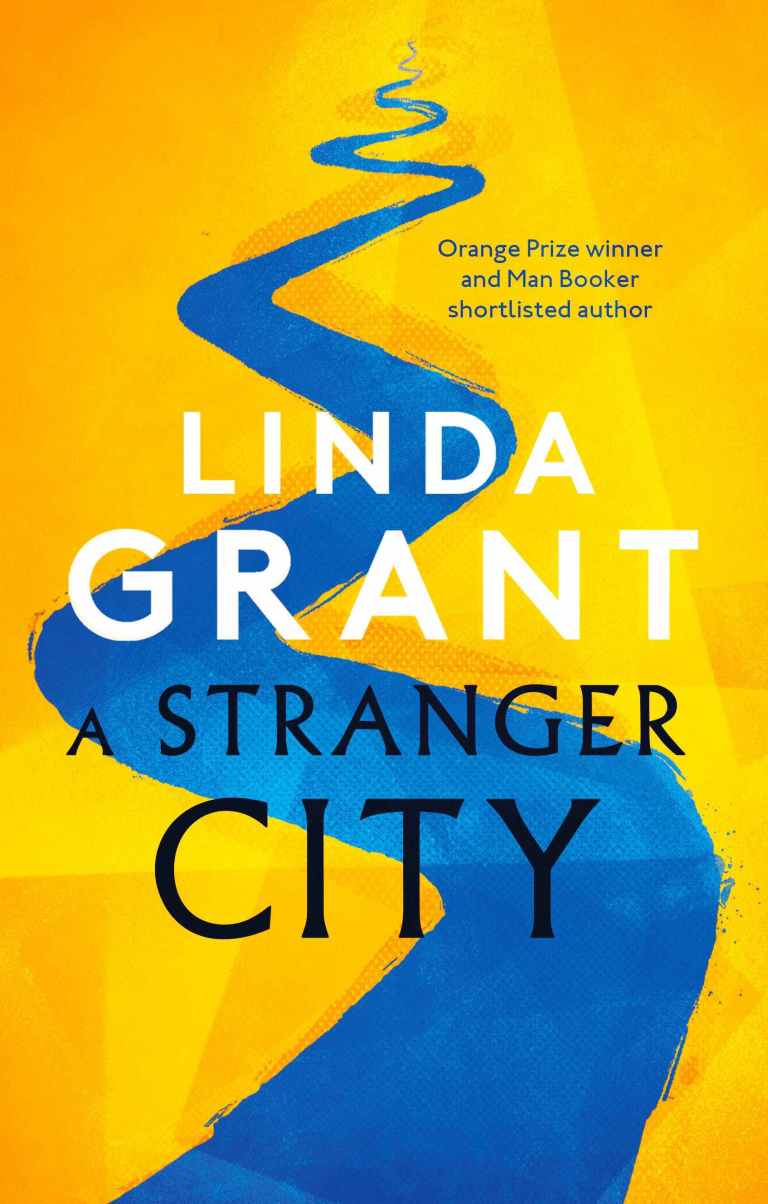 When a dead body is found in the Thames, caught in the chains of HMS Belfast, it begins a search for a missing woman and confirms a sense that in London a person can become invisible once outside their community – and that assumes they even have a community. A policeman, a documentary film-maker and an Irish nurse named Chrissie all respond to the death of the unknown woman in their own ways. London is a place of random meetings, shifting relationships – and some, like Chrissie intersect with many. The film-maker and the policeman meanwhile have safe homes with wives – or do they? An immigrant family speaks their own language only privately; they have managed to integrate – or have they? The wonderful Linda Grant weaves a tale around ideas of home; how London can be a place of exile or expulsion, how home can be a physical place or an idea. How all our lives intersect and how coincidence or the randomness of birthplace can decide how we live and with whom.

Yes, you have the body of an unidentified woman floating in the Thames. Yes, you have a detective obsessed with finding out who she was and why she died. No, this is not actually a crime novel. Read on…

Once again, I find myself delightfully misled by a book sent for review by Sisters in Crime. I’m going to confess I didn’t know much about Linda Grant when I received this book but I’m on a mission to find out and read more now. She won the 2000 Orange Prize for Fiction with her book When I Lived in Modern Times and her third book, Still Here, was long listed for the Man Booker. Where have I been?

This new book picked up the 2020 Wingate Literary Prize which goes to the best book, fiction or non-fiction, to translate the idea of Jewishness to the general reader. But just as this is not a crime book, it’s not one that can also be pigeonholed as a “Jewish book” either. It’s just an amazing and timely story that takes you through truly important modern social issues by creating exceptional characters and immersive settings. There was hardly a single person in this book, even supporting actors, that I would not happily read an entire standalone novel devoted to. I missed this book so much when it was over.

I’d argue this is a wonderful COVID-19/lockdown book, not because it’s heart-warmingly uplifting or at all comforting (though there are moments of warmth and humour). On the contrary, it shines the light on so much that is harsh and horrible about modern big city living – from the plight of refugees to the outlandish cost of housing to racism, classism and more.  But what it does do is sweep us into the world of cities, London, and out of our hamstrung current living situations (yes, I am writing this in Melbourne, lockdown 2.0 so bear with me).

By telling intersecting stories of film-maker, Alan, who makes a documentary about the dead woman in the Thames and a young Irish nurse (Chrissie) who goes missing the same day but reappears as a social media phenomenon, to the soon-to-retired detective, Pete, to Alan’s wife Francesca, to the changes taking place in the gentrifying neighbourhood they end up in, we find ourselves traversing the nooks and crannies of London in shocking, delightful and unexpected ways.

I guess, in the truest sense, there is crime at heart of this novel – but of the highest possible order. London when we meet it is thrashing about in the shadow of Brexit and xenophobia is rife, dressed up as national pride. I’d call that crime. People are paranoid about having the “correct papers”, less they be deported. There is new suspicion and ill treatment of “foreigners” and a Greek and German family move out of Alan and Francesca’s neighbourhood and back to Europe because of the turning tide while a sharp-dressed, sophisticated London public relations professional is maimed horrifically because he looks “other”.

The story of the newly retired cop Pete meanders through the book like the Thames itself (cringe, metaphor). This is a man who knows police work “isn’t all clues and puzzles like you read in books or see on the telly” and his obsession with the dead woman, long after he should have happily moved to the Lake District with his cancer-surviving wife to open a teashop, contributes to the end of his long marriage. Pete’s love affair with the city and the river in particular, plus his history with it, is a wonderful part of the book. Grant sees people and situations so clearly. She understands the reason exiled elderly Jews still hide precious jewellery for a shit storm of a day, but she also understands why Pete is so nostalgic about his boat rides from Putney Bridge and plates of whitebait at a pub in Greenwich.

For writing enthusiasts out there, Grant’s prose is divine too. Two examples jump to mind, one where she compares the Thames to an “old lady with expensive facelift and new clothes, robed in cloth-of-gold and ermine in the form of luxury apartments and Michelin-starred restaurants”. At another time she describes the wealthy Russians living in the mansions of Mayfair and Notting Hill as existing “like a row of expensive cigars in a climate-controlled vacuum from the city”.

There is so much to say about this book that I can in no way say it all here. Read it and find out. Don’t miss the Irish nurse, Chrissie, who is hilarious and tragic in turns but who often seems to see her adopted city and its inhabitants at its clearest, working as she does in the emergency departments of London’s hospitals where citizens are, often literally, laid bare. She observes at one point: “This was London, you really did meet all sorts here, just like her mum would have said, whose idea of all sorts was a Protestant.”