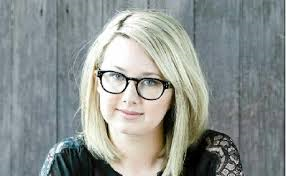 Davitt judges’ wrangler, Jacqui Horwood, said that there had been an explosion of women’s crime writing over the past 15 years.

“When the Davitt Awards were set up back in 2001, there were only seven books competing , though admittedly non-fiction crime books weren’t then in contention. Last year, numbers had climbed to 76 books but in one short year they’ve grown by another 20. The increase is gobsmacking,” Horwood said.

“Australian women are turning to crime above all other genres, it seems, because crime offers so many possibilities. It really is a broad church (the television crime series was appropriately titled). All tastes and proclivities are catered for, from hard-boiled to cosy, from serial killers to crime capers. Ebooks are also now part of the mix.”

Horwood said that last year Sisters in Crime had decided to establish a separate award for children’s crime novels.

“Many of us in Sisters in Crime aren’t all that surprised since we cut our teeth on The Famous Five, Nancy Drew and Trixie Belden. In fact, we’re thrilled that a whole new generation of crime readers and writers is being nurtured by the likes of Jen Storer, Jennifer Walsh, Catherine Jinks and Sally Rippin.”

Horwood said that the Davitts have played a key role in getting women’s crime writing better recognised.

“The Davitts have also encouraged Australian publishers to take a punt on crime books produced by women locally, instead of just importing the latest blockbusters from overseas. It’s a gamble that has paid off,” she said.

The judging panel for 2015 comprises:

·         Deborah Crabtree:Deborah is a writer, reviewer and bookseller at Readings Carlton. An ex-Kill City dame and past Ned Kelly judge, Deborah has returned to the literary crime scene to check out how the sisters do it and whether they can get away with it.

·         Jacqui Horwood: Jacqui is a former public servant and newly minted librarian. She likes her crime hard boiled and her eggs sunny side up.

·         Sylvia Loader: Sylvia has been reading crime for more than sixty years and is still searching for the ideal way of disposing of a husband.

·         Michaela Lobb:Michaela formerly worked as a proof reader for freelance writers and has a degree in journalism and writing and certificates in editing and publishing. She began her career as a devoted crime reader at age 11 when she transitioned from Trixie Belden to Agatha Christie.

·         Dr Shelley Robertson:Shelley has been a forensic pathologist for over 25 years, with extensive experience in the investigation of unnatural deaths and giving expert evidence in court. She has written a number of articles published in true crime anthologies and been a Davitt Judge and Sisters in Crime member for many years.

Voting by Sisters in Crime members for the Davitt (Readers’ Choice) closes on 27 July.

A short list will be announced in late July.

·         Wendy L Curtis, Above and Beyond (Escape Publishing–Harlequin) ebook, Debut

·           Amanda Howard, Murder on the Mind: An insight into the minds of serial killers and their crimes (New Holland)