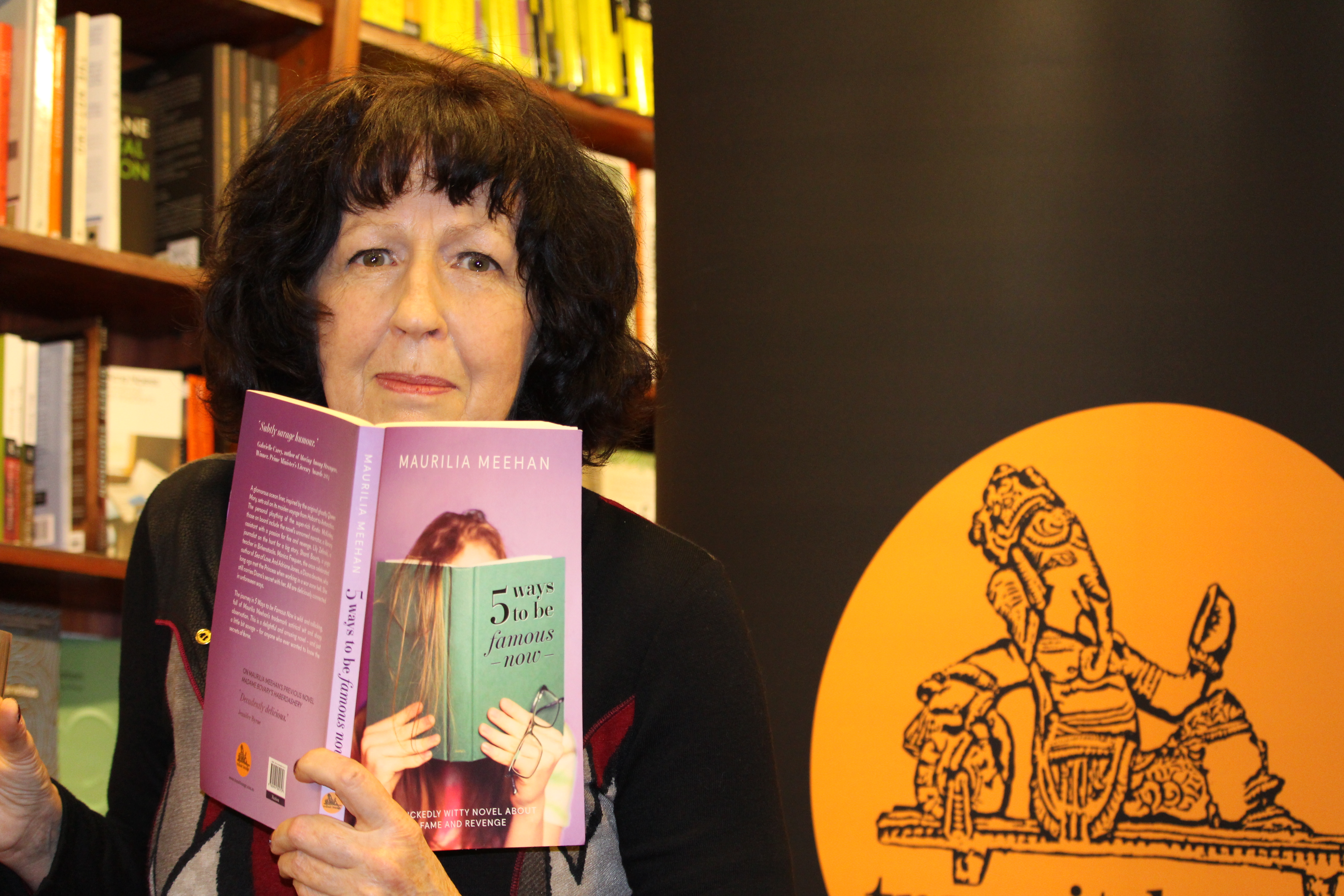 A big crowd turned up on 7 September at Readings Carlton to hear Gabrielle Carey, author of Moving Among Strangers: Randolph Stow and My Family and most famously co-author of Puberty Blues, launch 5 Ways to be Famous (Transit Lounge) by Hepburn Springs Sisters in Crime member, Maurilia Meehan.

Maurilia describes it as “a wickedly funny novel about fame and revenge”:

“The confines of a cruise ship headed for the most remote part of Antarctica is the perfect setting for jealous temperaments to thrive and plots of revenge to unfold. A traditional Golden Age of Detectives influence on me in both location and also in the sense of playful fun in which they wrote.

Once I had brought the characters together on the Queen Mary, a ship commissioned by the fabulously wealthy Captain Kirstin MacKinley, I wasn’t sure how the journey would unfold. But I did know that most of the characters would be seduced by the idea of fame.

It is exciting to feel as if I am taking dictation from, if not exactly the characters, then from some genial guiding presence. Ideas pounce on me and I have to wrangle and corral them around 3.00 am. The seeds this time included a travel article in The Age about cutting a hole in the Antarctic ice for a swim, and George Gissing’s The Odd Women, written in the 1890s about ‘odd’ or unmarried women. But the character I enjoyed giving voice to most was the unnamed narrator who, worryingly perhaps, turned out to be quite the psychopath, seeking fame through committing arson.

“I am always reading non-fiction of all types, especially if it presents an unusual viewpoint. My characters are on the sidelines of the main events of their day. I like obsessive characters, so I combine the two. Astrophysics obsesses a character in Madame Bovary’s Haberdashery, just as million year old caves fascinate Captain Kirstin in 5 Ways to Famous Now. If I read fiction, as I said, it is so-called ‘minor’ fiction from previous eras, like Mary Braddon’s or the Golden Age detectives.

“I am addicted to the women detectives from the first half of the 20th century, available once more for a few dollars as ebooks.”

Maurilia Meehan is a novellist, short story writer and poet and serial shortlistee/finalist: Australian Vogel, Braille Talking Books, Adelaide Festival, Age Fiction and Miles Franklin awards. She is also the winner of the FAW/State of Victoria Short Story Award. Her works have been translated into French, German and Chinese. She also writes as Souda Nimes. Her previous crime-ish novel is Madame Bovary’s Haberdashery.