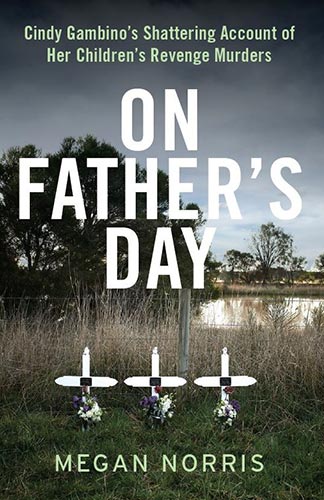 Author: Megan Norris
Publisher: The Five Mile Press
Copyright Year: 2013
ISBN: 9781743002506
Review By: Suzanne Bozorth-Baines
Book Synopsis: In 2005 just down the street from our home, a divorced father and his 3 sons enjoyed a Father’s Day meal at the KFC. A few hours later, those boys and their father were submerged in a dam outside the town of Winchelsea after a bizarre road accident caused by their father’s coughing fit. All three children died; the father survived.

Regardless of what state you lived in during that year, you would have heard about this case that made headline news in all the major newspapers. The trials of Rob Farquharson have been recently covered in a book by Helen Garner; however, Garner was unable to gain access to the families of the boys.

In 2007, Megan Norris received permission to interview Cindy Gambino, the children’s mother, who defended her husband’s innocence until his second trial for murder. Norris then began her close association with Gambino after gaining approval to report her personal story in a national magazine.

Despite much continuing publicity during the cases, Norris brings a fresh eye to the proceedings by recalling the early years within the Farquharson’s relationship, and by weaving Gambino’s personal life and Farquharson’s trial into one narrative. Her style is conversational, as if you were sitting at the kitchen table with a cuppa’ listening to the story, and she doesn’t pull any punches in describing how the long years of trials have affected Gambino, her parents, and her present family.

This is another harrowing tale of a husband’s ultimate payback, and how it has destroyed, not only the mother’s life, but many other lives in the small Winchelsea community through the ripple effect it caused. Norris has written well, and thoroughly; but reader beware—it is soul wrenching.