Open Invitation- launch of Tania Chandler’s, Dead in the Water 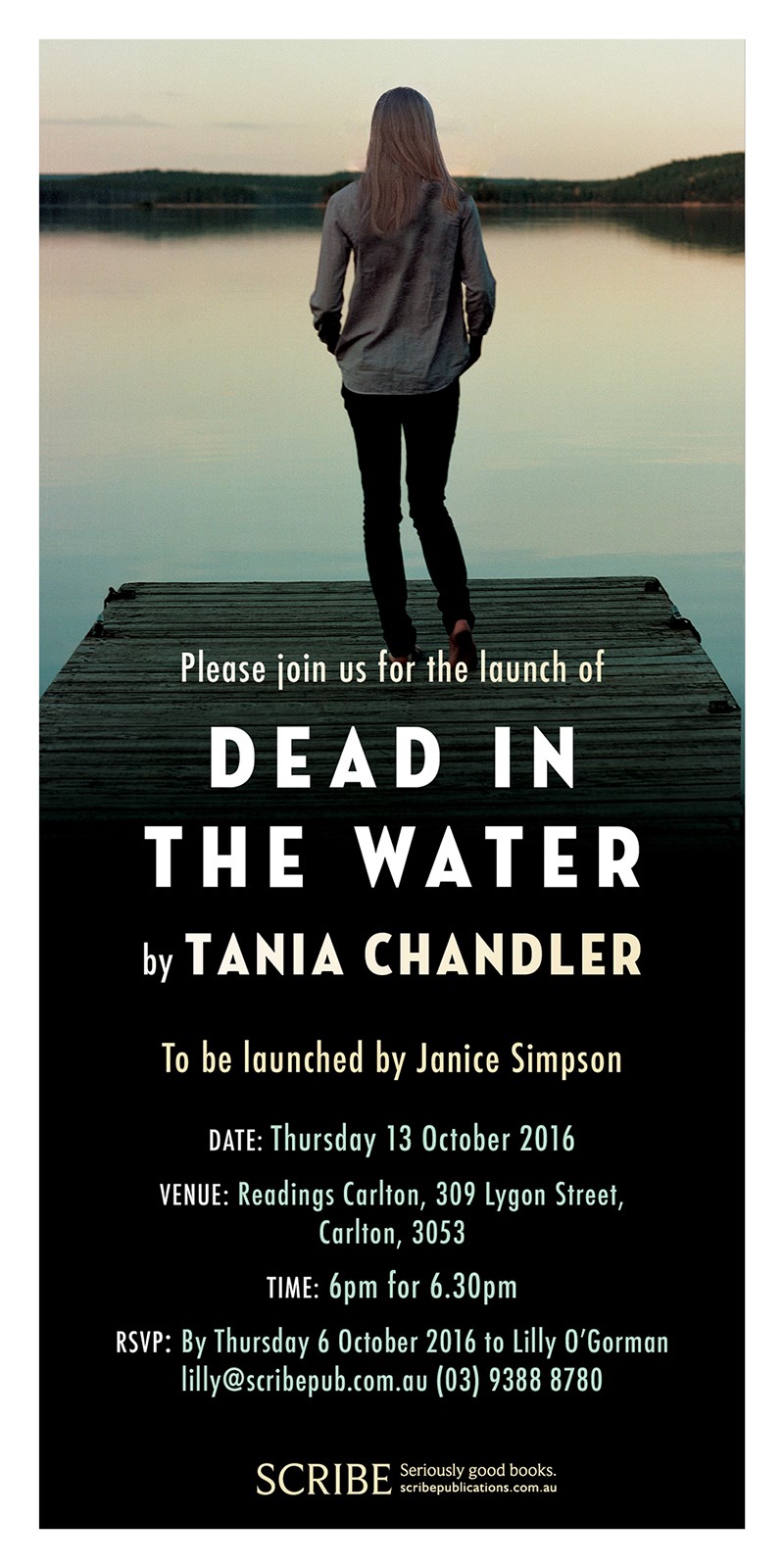 You are all invited to the launch of Dead in the Water, Tania Chandler’s second novel. 6 for 6.30 pm Thursday 13 October, Readings Carlton, 309 Lygon Street

“When your last name is Chandler, your writing had better be good, and Tania Chandler delivers again. A crime writer who cares about her sentences as much as her characters, her atmospheric writing is taut and terrific. Dead in the Water is that rare book that satisfies as a stand alone novel but is actually a sequel. Whether you start with this or her first book, Please Don’t Leave Me Here, Chandler demonstrates her ability to deliver a psychologically nuanced portrayal of damaged lives.”  –  Aoife Clifford, author of All These Perfect Strangers

When Brigitte and her family moved from the city, they were supposed to be happier. And safer. But soon her crime-writer ex-boyfriend turns up in town to promote his new novel, in which a woman is found dead — murdered — in a country lake. Hours later, Brigitte watches the police pull a body from the water near her Gippsland home.

Her husband, a country cop now, is at the scene, though it’s not his investigation; he’s only helping the Melbourne Homicide Squad. But there’s something he’s not telling Brigitte.

With her personal life spiralling out of control once more, and fearing her family is in danger, who can Brigitte turn to? And what if she makes the wrong choice?

Dead in the Water is about trying to escape the cycle of trauma. It delves into the darkness beneath the surface of fear, betrayal, and revenge, to find a glimmer of hope.

‘Dead in the Water unsettles with an all-too-imaginable homegrown brand of suspense.’  – Honey Brown, author of Through the Cracks