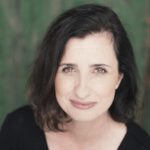 Aoife Clifford’s novel SECOND SIGHT was published in July 2018. Her bestselling first novel ALL THESE PERFECT STRANGERS was long listed for the Australian Industry General Fiction Book of the Year and the Voss Literary Prize.

She has won both the Scarlet Stiletto and Ned Kelly Award for short stories and has been shortlisted for the UK’s Debut Dagger. In 2014 she was awarded an Australian Society of Authors mentorship for her novel, ALL THESE PERFECT STRANGERS. 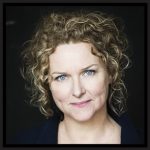 Emma Viskic’s critically acclaimed Caleb Zelic series has been published in numerous countries, including the US and UK. RESURRECTION BAY won the 2016 Ned Kelly Award for Best First Fiction and three Davitt Awards.  It was iBooks Australia’s Crime Novel of the Year and is currently shortlisted for the UK’s prestigious Gold Dagger and New Blood Awards.

Its sequel, AND FIRE CAME DOWN, won the 2018 Davitt Award for Best Crime Novel and was recently launched in the UK at the Edinburgh International Book Festival. 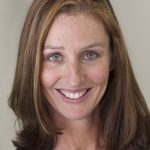 Anna George has worked in the law as well as the film and television industries. Her first novel, WHAT  CAME BEFORE, was shortlisted for the 2015 Ned Kelly and Sisters in Crime
Best Debut Fiction awards. Anna’s second book, THE LONE CHILD, was short listed for the 2018 Ned Kelly  Best Crime Fiction Award.

THE LONE CHILD is set at Flinders on the Mornington Peninsula, and is about parenting, class and judgement. Both books have been critically acclaimed and sold overseas.
Richmond