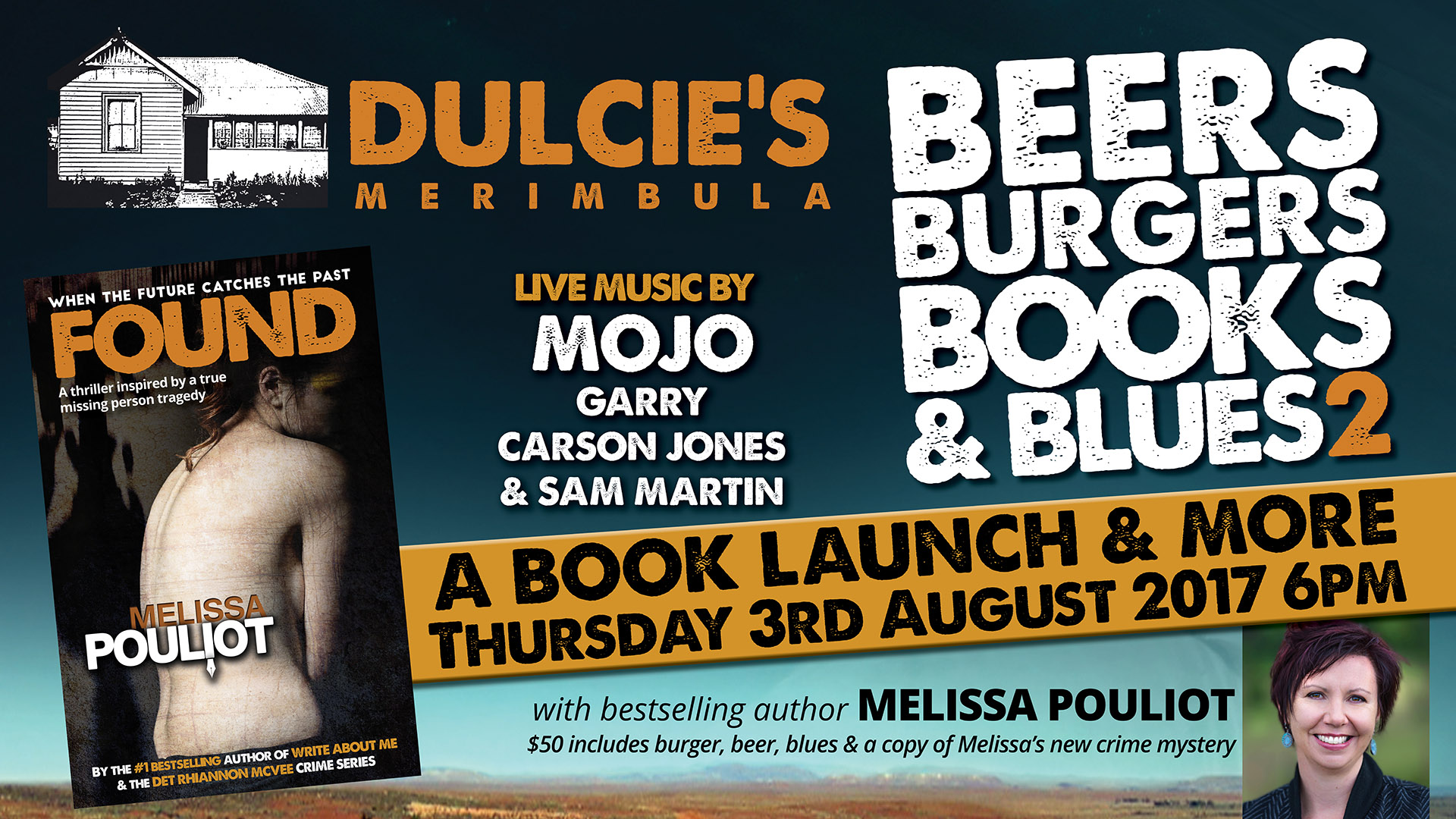 Launch of the latest novel by bestselling Australian crime writer Melissa Pouliot, Found, plus much much more.

Inspired by the real life disappearance of the author’s cousin Ursula Barwick 30 years ago, Found picks up the story of teenage runaway Annabelle Brown, who we first meet in Pouliot’s international #1 bestseller Write About Me. In 1988, Annabelle vanishes in the rugged Blue Mountains west of Sydney, in a shroud of mystery and intrigue. Twenty-seven years later, with no body, no clues and no leads, the case remains unsolved. Bright, young detective Louise Whadary, determined to solve this cold case, discovers some hidden clues. As investigators close in on a murder suspect, Annabelle’s family and friends realise it’s never too late to discover the truth. But will that truth ever be found?

Melissa, a strong advocate for missing persons and an Ambassador for the Daniel Morcombe Foundation’s Day for Daniel, is the only Australian family member of a missing person tackling the complexities of ‘missing’ through writing fiction. As a result of her novels, detectives formed Strike Force Hemingway to investigate the circumstances surrounding Ursula’s disappearance.

$50 includes burger, beers, blues and a copy of Found.

Melissa Pouliot, described by one of her children as a book writing machine, likes to think of herself as a word artist. Her local newspaper published her first story ‘Santa’s Elf’ when she was eight years old.

While studying a Commerce university degree, she wrote her first unpublished piece for friends and family based on when she worked as a governess in outback Queensland. After an epiphany on a train to Sydney, she changed her university studies from numbers to words and enrolled in a Journalism degree. She returned to the harsh outback Queensland heat for her first newspaper job before moving south to the flat, arid landscape of Western Victoria to work in the busy newsroom of a tri-weekly paper.

When her first child was six months old she started her own media company. Through her journalism career and her own business, she has written stories on just about every topic. Her stories about people are widely recognised as her true heart and she has also published several non-fiction books.

Pouliot’s other fiction novels are Find Me, When You Find Me and You’ll Never Find Me from her Detective Rhiannon McVee Crime Series.